Have you ever dreamt of picking up Atlanta Shore at a party or owning a Terrorfish? Well, two lucky attendees at Fanderson’s Terrahawks 30th anniversary event in October will get the chance to do just that…

As part of the programme for Expect the Unexpected, Fanderson will be holding a raffle where the top prizes are special limited edition figurines from Stingray, courtesy of Robert Harrop. 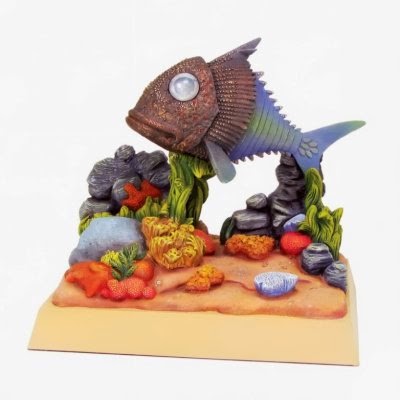 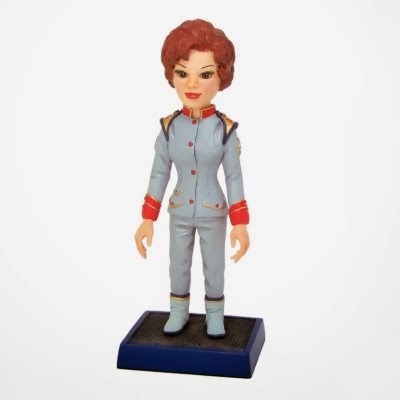 Strictly limited to just 250, the Robert Harrop Atlanta Shore and Titan Terrorfish figurines have been produced in beautifully hand painted ceramic, are individually numbered and come with their own special presentation box.

So, don’t miss out on the Expect the Unexpected prize raffle !

Just to illustrate what an amazing prize this is, it’s worth pointing out that limited edition figurines of Brains and Parker that were sold at Fanderson’s TV21 convention in 2010 are now reaching up to £700 on Ebay!

Other raffle prizes include a funky  ’I've got Brains’ sweatshirt and baseball shirt and a special prize connected with the new TV21 reprint book, scheduled for release by Egmont this autumn.

Have you booked your ticket yet?

If not – don’t delay! There’s still time to register for Expect the Unexpected. The event be held at the Holiday Inn Maidenhead on Saturday 12th October. Tickets are available for both club members and non-members and cost £65 per person. Your ticket will include an evening meal and give you the chance to rub shoulders with the cast and crew from the series!

News from Expect the Unexpected

This year’s BritSciFi event will celebrate the life and work of Gerry Anderson.

The event will take place at the National Space Centre in Leicester over the weekend of the 9th and 10th of March, and a central feature will be ‘Anderson Alley’ – an area dedicated to the genius behind Thunderbirds, Captain Scarlet and Space:1999.

Malika Andress of the National Space Centre said: “With the sad news in January that our hero and friend, Gerry Anderson, passed away, this event will be dedicated to him and his amazing legacy.”

Thanks to the help of private collectors, prop builders and fans, BritSciFi3 will allow visitors to:

In memory of Gerry, funds will be raised for the Alzheimer’s Society during the event. Gerry’s son Jamie Anderson will be attending throughout the weekend and will host  a panel discussion featuring a number of colleagues of Gerry’s on Saturday 9th.

Find out more about BritSciFi3 and book your ticket