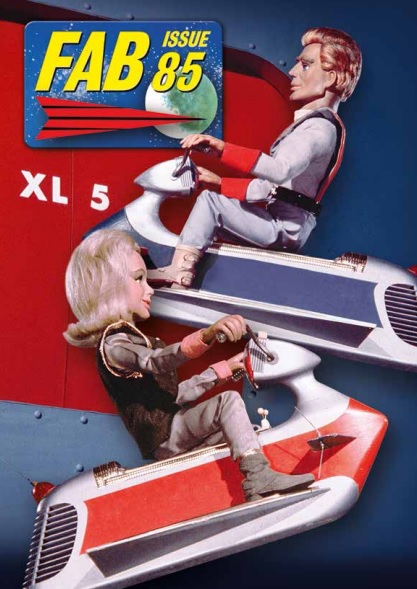 Co-editors Mike Jones and Ian Fryer pulled out all the stops this time to deliver FAB 85 just weeks after the previous issue. Well done guys !

FAB 85 is packed with a stellar range of content that is sure to please Anderson fans of all interests.

Our stunning front cover shows that Fireball XL5 looks even better in colour than in monochrome, and our feature article for this issue will hopefully show this classic series in a new light. As well as revisiting every episode, we take a look at the production of of the show, Barry Gray’s soundtrack and the TV tie-in merchandise that helped to consolidate the commercial success of Supercar.

Fast forwarding a few decades, we celebrate the launch of the second series of Thunderbirds Are Go, as we catch up with two of the creative minds behind the show. Scriptwriter Peter Briggs talks to Andrew Clements about his series 1 episode Heist, while artist Martin Baines tells Ian Wheeler what it’s been like working on DC Thomson’s Thunderbirds Are Go comic strip. Stephen Baxter also gives a broader run through of how the comic has developed to date.

What else do we have in store for you? Well, Sam Denham takes you through ten of Sylvia Anderson’s greatest guest puppet voices, while we interview ex-Fanderson Chairman Chris Bentley about the publication of his gorgerous-looking new book, The Complete Book of UFO. Meanwhile Doug Pelton shares some treasures from the live-action film Doppleganger, while Jonathan Baxter continues our visual retelling of the film on our back cover. 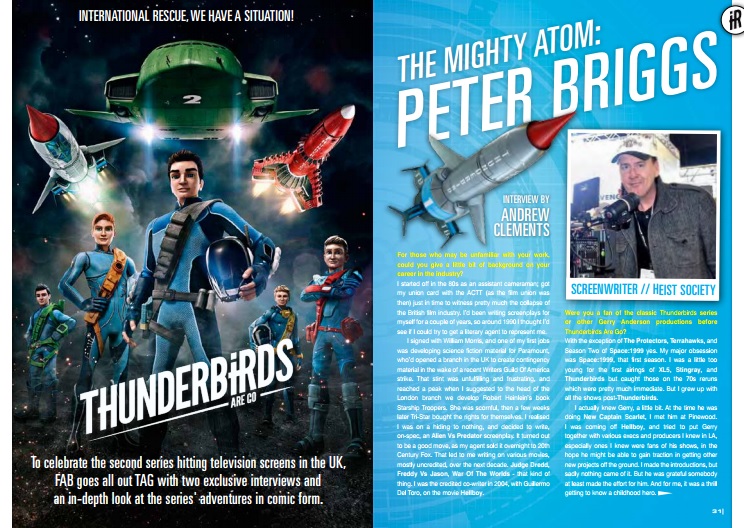