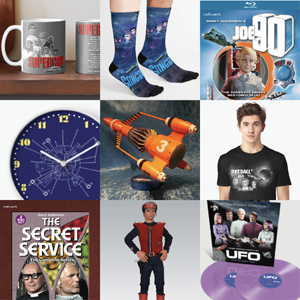 Fanderson usually only sells merchandise that’s produced by the club, exclusively for its members. But here’s some other great Anderson merchandise which we think you’ll want to know about.

Fabulous Films – Thunderbirds Are Go, Thunderbird 6 and Journey To The Far Sun Of The Sun UK DVDs and Blu-ray Discs