Location filming played an important part in the very early days of Supermarionation when the production team commissioned a light aircraft in order to film aerial footage of the sky and clouds which could then be used for back projection shots in Supercar. However, it was during the making of Thunderbird 6 that location shooting on the Gerry Anderson productions really came into its own as Derek Meddings took his visual effects team out into the nearby countryside to film both the model and full-sized Tiger Moth aircraft in flight.

In early 1968, during production of the Joe 90 episode The Unorthodox Shepherd, the production team took their cameras to Harefield in Buckinghamshire and shot both exterior and interior footage of the local church to double as St. David’s, parish church of the Reverend Joseph Shepherd. A puppet of the villain Mason accompanied the crew to Harefield for appearances on the footpath outside the church, footage of the church graveyard established the entrance to the counterfeiters’ crypt-based forgery operation and interior insert shots were filmed inside the church. After a heavy snowfall, the location crew returned to the church to shoot footage of the snowbound St. David’s for the episode’s closing Christmas scene.

The Unorthodox Shepherd paved the way for The Secret Service, both in its plot-line of a man of the cloth who is not all he seems to be, and its use of location footage inserted into the studio-shot interior sequences. On The Secret Service, a second unit headed by director Ken Turner was responsible for finding the buildings and houses that would appear in location footage, and also the sections of country road along which the vehicles (mostly Gabriel, Father Unwin’s Model T Ford) would be seen travelling. For these exteriors, the actor and entertainer Stanley Unwin was often seen doubling for the puppet Father Unwin, driving Gabriel, walking about with his suitcase, and looking out of the window of the Vicarage in the opening title sequence.

Sadly, after 13 episodes, The Secret Service was cancelled and this spelled the end for Gerry Anderson’s Supermarionation as he moved forward with live-action productions such as UFO and The Protectors. On both of these series, location filming was essential to prevent them from becoming entirely studio-bound, and opened the shows up to some of their most exciting action sequences. Location shooting proved less important to Space:1999 as the Moon-based format required the majority of filming to take place within the confines of the Pinewood Studios shooting stages. However, on the rare occasions when the directors felt that location footage was a necessity, the actors and camera crew would spend several days in nearby Black Park or the backlot areas of Pinewood adjacent to the Park, both of which made ideal sites for lush, verdant, alien planets. More recently, Space Precinct too was almost entirely shot within the confines of Pinewood’s L&M Stages, although certain short sequences were filmed outside on the Pinewood lot.

This Location Guide lists twelve of the more important filming locations seen in the Gerry Anderson series, most of which are within about half an hour’s drive of the series’ various production studios in Slough, Borehamwood and Iver. 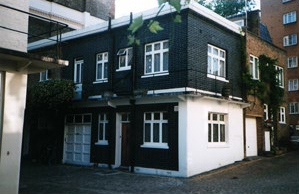 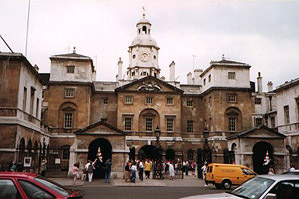 Seen prominently in five episodes of The Secret Service as the London HQ of British Intelligence Service Headquarters Operation Priest. 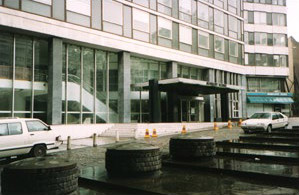 Seen prominently in four episodes of UFO as the offices of the International Astrophysical Commission. 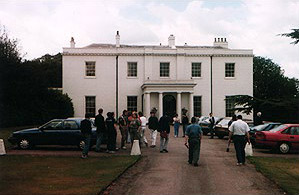 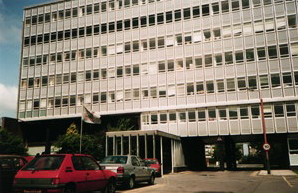 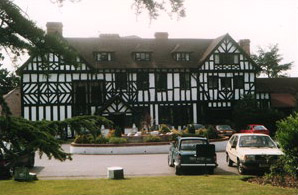 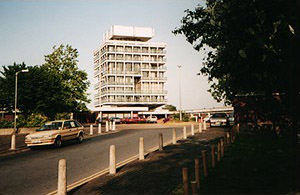 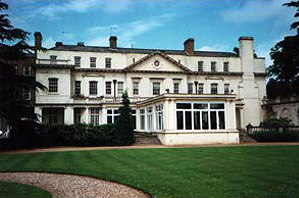 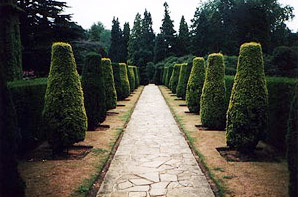 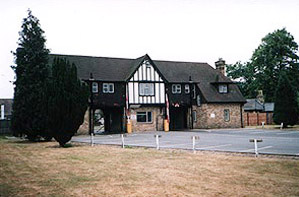 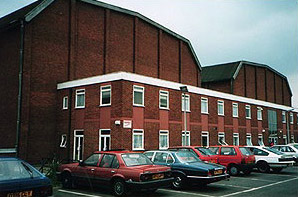 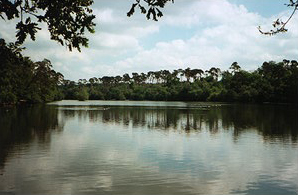 The Church of St. Mary The Virgin 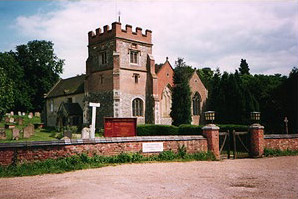 The Church of St. Michael and All Angels 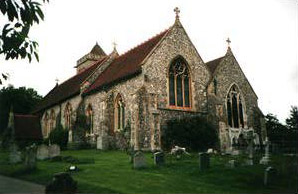 Seen prominently throughout The Secret Service as Father Unwin’s parish church in Chertsey.