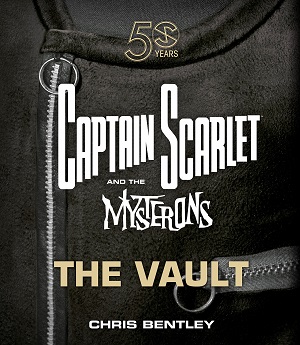 ‘Captain Scarlet: The Vault’ is the official hardback guide to the making of Gerry and Sylvia Anderson’s classic Supermarionation series. The book will be launched at Fanderson’s Special Assignment convention at the end of September – where fans can get their hands on copies for the very first time!

Back in May we revealed the book’s beautiful original scarlet cover, but we think the black limited edition is rather fetching!

Captain Scarlet and the Mysterons: The Vault is published by Signum Books on 6 October, but Chris will be signing advance copies at Special Assignment on 30 September and 1 October.