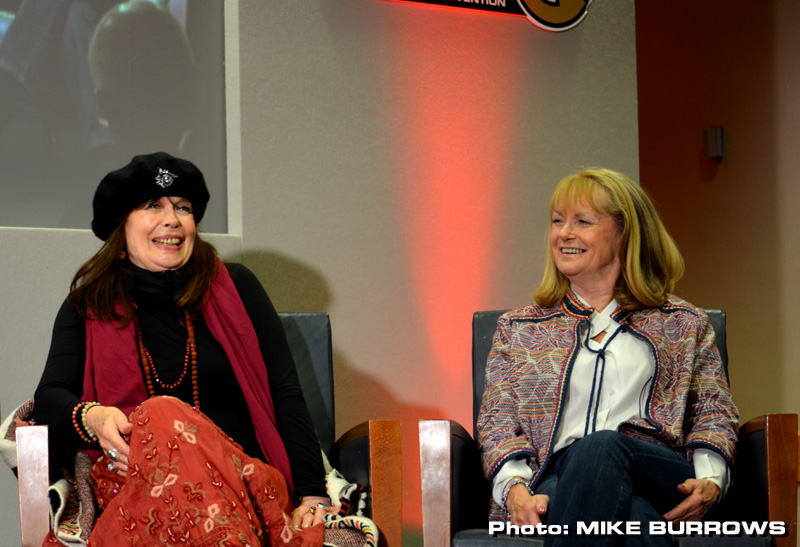 Penny Spencer (left) and Georgina Moon at Special Assignment in 2017

We are delighted to announce that UFO star Penny Spencer will be appearing at Supercelebration in September.

Penny entertained fans at Special Assignment in 2017 with stories of life at SHADO HQ, where she appeared alongside fellow actress Georgina Moon. She played an unnamed SHADO control operative, but is best remembered for her role as schoolgirl Sharon Eversleigh in the LWT comedy series, Please Sir!