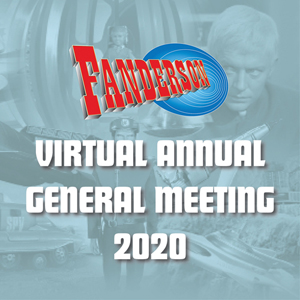 As per item 10c of the club’s Constitution, no one person may be Chairman continuously for more than five years. Nick Williams was elected at the Annual General Meeting on 21st March 2015, so the post is now open for election again.

You can see the Constitution under the About > Fanderson section.

Item 10c continues that at such point that the Chairman resigns (or after five years’ service, whichever is the lesser):

The nomination process was detailed in FAB 94, mailed to all club members on 13th January 2020 and new members since.

ii – Members may propose other members of at least two year’s good standing (including the incumbent Chairman), in writing to the Secretary

Only one member was proposed by 29th February 2020 for your consideration to be Fanderson chairman. One other member expressed an interest, but failed to provide any of the nomination information, as detailed in FAB 94.

iii – All members will be given the opportunity to vote (in person or by proxy) to elect a new Chairman at the next Annual General Meeting, in the manner determined by the Committee at that time

We held AGMs in 2015 and 2016: no members attended in 2015 and just one attended in 2016. Therefore, the committee agreed not to waste funds on further physical AGMs, though members are invited to contribute and vote online on issues raised at a virtual AGM. 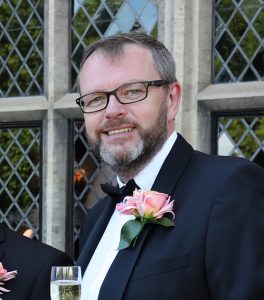 Having contributed to Fanderson’s success for over 30 years, I’m standing once again to be your club chairman.

As club secretary (between 1990 and 2007), I was instrumental in turning around the club’s finances. I replatformed the membership database (twice) to make maintenance and preparing for mailings easier. I introduced the card payment facility, and brought in elementary management information to inform the committee when making decisions.

On becoming chairman in 2007 I gave the committee a clear direction and support, with the aim of making the club more accessible:

I’ve never claimed to have an encyclopaedic recall of every Anderson fact and figure, but I don’t believe this is necessary to be chairman. As a team leader I am a good organiser and ambassador for the club. I’ve never underestimated or taken for granted the responsibility that the position demands. I’ve never been afraid to stand up and do the right thing for the club and its members – even on occasion that it’s made me unpopular with a minority.

I intend that we should keep everything that has made Fanderson one of the very best fan clubs for the last 39 years, but ensure it stays relevant for today (and tomorrow).

I’m proud to have been your chairman since 2007, and ask you to show your support by voting for me.

2 Amendment to the club’s Constitution

It is proposed that item 10c(ii) be amended by adding the following bold text, which would enable committee members to also stand for Chairman:

10c(ii) Members may propose other members of at least two year’s good standing (including the incumbent Chairman and current committee members), in writing to the Secretary.

Voting was open 15th-29th March 2020, and the results will be announced on the club website no later than 5th April.