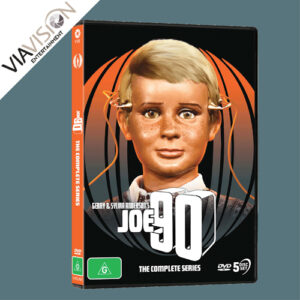 Australia’s cult and classic film and television label Via Vision is releasing Joe 90 on DVD this February. Details are sketchy but the set includes all 30 remastered episodes “plus special features” for AU$59.95.

This release is surely historic as the package is labelled as “Gerry And Sylvia Anderson’s Joe 90″ – possibly the first time that Sylvia has been credited as such and so prominently for her co-creation. Let’s hope other licensees follow suit.