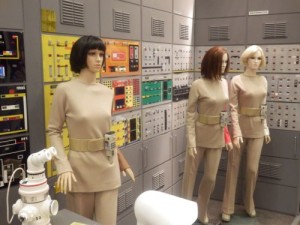 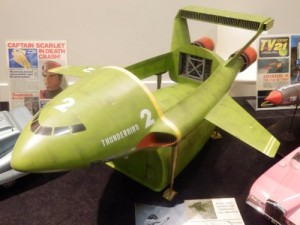 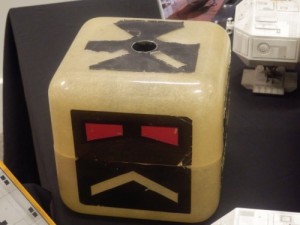 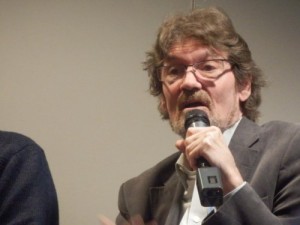 Fans of Gerry Anderson attended a Q&A session about the producer’s life and work at the National Space Centre in Leicester on Saturday 10th March.

The talk proved to be both highly entertaining and insightful, with the best question – concerning Gerry Anderson’s ‘darker side’ – meriting a prize of a signed first day cover of the Genius of Gerry Anderson stamps, signed by the man himself.

The talk ended with Jamie revealing an exciting teaser trailer for a new Gerry Anderson ‘legacy’ production. Watch this space for more details in the coming weeks!

The talk formed part of BritSciFi, a now annual event at the National Space Centre in Leicester. This year’s event was held in honour of Gerry, and fundraising activities were devoted to his chosen charity, the Alzheimer’s Society.

Other highlights of the weekend for fans included talks with Prentis Hancock and Pam Rose about their time on Space:1999, plus Anderson Alley, a separate section of the event devoted to a wide range of props and models. Fanderson also had a table and we had a great time meeting some old faces as well as some new members! 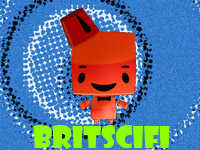 The guests who will be attending Jamie Anderson’s Q&A at BritSciFi in Leicester on March 9th have been revealed. The line-up is:

Fans of Doctor Who will be interested to know that Richard was also  responsible for designing the 1980s-style Cybermen and a host of other aliens from the series. So there should be plenty of questions to put to him!

Say hello to Fanderson at BritSciFi!

Fanderson will have a presence in the Anderson Alley section of BritsciFi throughout Saturday March 9th. Please feel free to come along and say hello and bring your membership details with you!

In memory of Gerry, funds will be raised for the Alzheimer’s Society during the event.

Find out more about BritSciFi3 and book your ticket