Britbox (the digital video subscription service created by the BBC and ITV) is replacing the widescreen versions of Thunderbirds with the original, full-screen, versions!

Fanderson members based in the UK were delighted when ITV added Thunderbirds, along with other Anderson productions and cult TV, to the streaming platform in August. They were less than happy, though, when they learned that they were the same 16:9 widescreen versions already on Blu-ray Disc. Although there is occasionally a little more picture to the left and right, about a third of the picture has been ‘cropped’ off the top and bottom. You can see the difference in the images below. The UK version also has the incongruous sound effects added for Carlton’s DVD releases in 1999, and on every UK release since.

Fans in Germany, Japan and the USA also have Thunderbirds on Blu-ray, but their versions are all in the ‘square’ 4:3 format that the series was created and first broadcast in, and with the original sound.

Now, at last, fans in the UK can enjoy the fantastic world of Thunderbirds in high-definition and in the sound/picture format as it was produced. All episodes should be available on Britbox in the new format from 1st March. 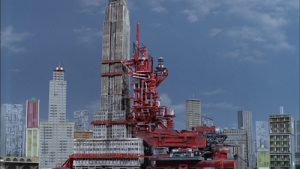 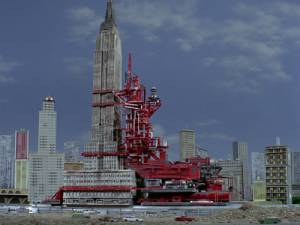