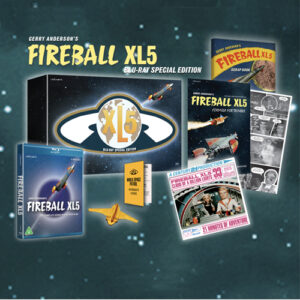 Hot on the heels of their Supercar Blu-ray Disc announcement (and before that’s even arrived) Network have confirmed that Fireball XL5 will be their next Anderson production on the high definition disc format.

Gerry and Sylvia Anderson’s 1962 Supermarionation series Fireball XL5 has been remastered in high definition from original 35mm film elements for this Blu-ray edition.