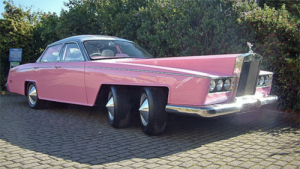 In Thunderbirds, it’s assumed FAB 1 met a fiery end during the crash of Skyship One. Sadly, real life is proving to be just as shocking!

Fanderson members will remember the full-size replica FAB 1 built by Melvin Jarvis, which was a star attraction at the club’s Countdown To Disaster convention in 2005 (pictured above) and was also at Gerry Anderson’s funeral in 2013. Recently, Melvin has been dealing with serious personal issues including a suspected arson attack, culminating in FAB 1 being pretty much completely burned out. 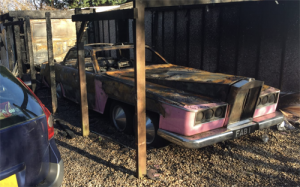 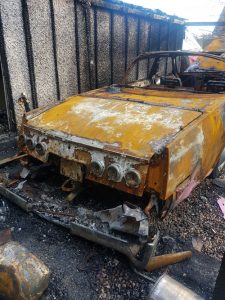 The good news is that Melvin’s already been able to get FAB 1 sandblasted (below) so she’s in a fit state to be rebuilt, after which he’s determined she’ll be “better and more film accurate than before”. He’s planning to share the story online soon, complete with monthly progress videos, which we’ll of course share just as soon as that happens. 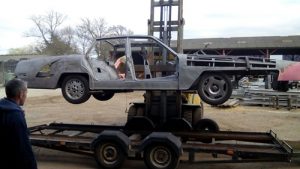