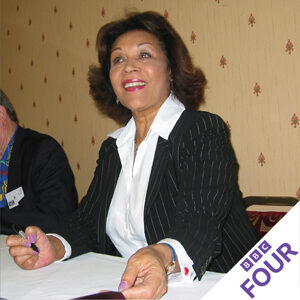 UFO star Dolores Mantez can be seen in one of her earlier roles as a schoolteacher in Rainbow City, to be re-broadcast on BBC Four on Wednesday, 22nd June at 22:00.

Rainbow City is a groundbreaking BBC drama series from 1967 about the experience of the West Indian community living in and around Birmingham, featuring Errol John in the lead role.

Also of note in the cast is Clifton Jones (Space:1999‘s David Kano) and Ysanne Churchman, who voiced Sara Brown in 1962’s Sara And Hoppity as well as numerous voices (but particularly Marla and Cassiopeia) in Space Patrol (1966) – both for Roberta Leigh.