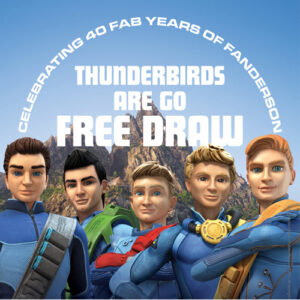 Are you a Thunderbirds Are Go superfan? We’ve got some money-can’t buy items that were produced by ITV to promote the series, which we’d like to share with club members who are the biggest fans of the series.

To be in with a chance of winning one of our free draw prizes, just email fanderson.org.uk@outlook.com with answers to the following questions: