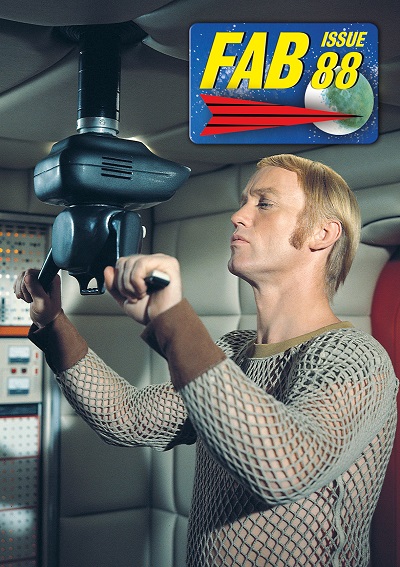 Anderson fans rejoice: FAB 88 is on its way to the printers and will be mailed shortly to all club members! We hope you’ll agree with us that it’s been worth the wait.

In this issue we pay tribute to the wonderful Jeremy Wilkin who died in December 2017. On a lighter note, FAB 88 is also packed with all of this lovely stuff…

THUNDERBIRDS ARE GO EPISODE GUIDE
Andrew Clements takes a look at episodes 14-26 of Thunderbirds Are Go, which premiered in late 2017.

TUNES OF DANGER: ANDERSON GOES POP!
Ian Fryer takes an in-depth musical look at how songs had such an important influence on the Anderson productions.

TIMELASH UFO: A QUESTION OF PRIORITIES
FAB readers explore one of the more thought-provoking episodes of UFO, featuring an exclusive SHADAIR Transporter cutaway by Graham Bleathman!

CONVENTION FLASHBACK
Champagne at the ready as we celebrate our Special Assignment convention.