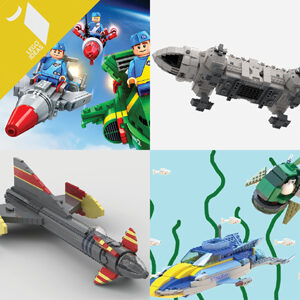 There are seven Anderson-inspired projects on Lego Ideas right now that need your support to become reality!

Since Lego Ideas was set up in 2010 (as Lego Cuusoo), 49 sets have been produced on a wide range of topics.

Andrew Clark has been luckier than most budding designers, as his Doctor Who and The Flintstones sets were both chosen to become reality. He currently has three projects on the Ideas platform:

See all these designs and thousands more at the Lego Ideas website.