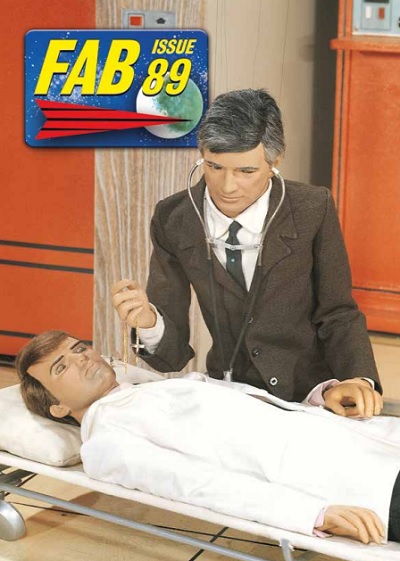 The 89th issue of FAB magazine is now on its way to all Fanderson club members. The FAB editorial team have pulled out all the stops to bring you this issue and we hope you love it as much as we do!

TIMELASH THE SECRET SERVICE – A QUESTION OF MIRACLES
In our cover feature, FAB readers look back at the second episode of The Secret Service, which sees The Secret Service re-introduce a former Spectrum captain to its cast. Plus an exclusive cutaway by Graham Bleathman!

WELCOME TO YOUR FUTURE: THIS IS 2068
Jonathan Baxter reports back on a very special future history.

APPRECIATION STATION
Mike Jones disappears to a remote icy Supermarionation climb… No not that one!

THUNDERBIRD 6 PART ONE
Jonathan Baxter picks up where TV21 left off, with an exclusive photostory re-telling of the second Thunderbirds feature film, the delightful Thunderbird 6.