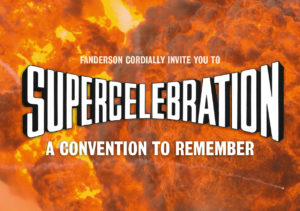 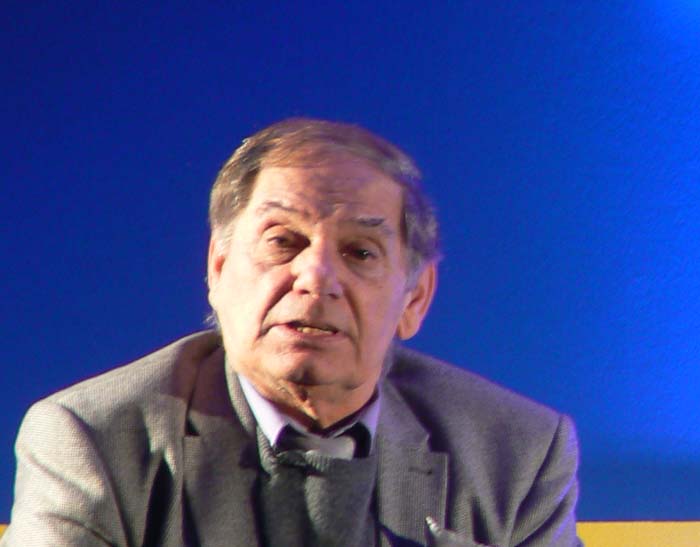 Fanderson is excited to reveal the first confirmed guests for The Future is Fantastic!, the club’s first full weekend convention in five years. No less than eight people from across the Spectrum of Gerry Anderson series have so far kindly agreed to give up their free time to be with us and meet fans, and there will be more to follow! The current list includes:

Shane and Sheila Rimmer
Thunderbirds Are Go! might be just around the corner, but  fans know that there is only one Scott Tracy! Forever to be known as the voice of Thunderbird 1 pilot, Shane has also had a long-running and successful career as a writer.

Shane will be accompanied by his wife Sheila, and has been a mainstay at conventions for many years.

Matt Zimmerman
Mr Alan Tracy returns once more to entertain us with his vibrant humour and general enthusiasm for life! A successful stage actor, Matt is a real fans’ favourite at conventions. Watch out for his insights into the lives of the Tracy Brothers…

Steve Woodcock
Known by fans for his model work on Terrahawks, alongside his colleague John Lee, Steve provided a fascinating slideshow of his work at Fanderson’s 30th Birthday event for Terrahawks back in 2013.

Judy Preece
As a  puppeteer on Terrahawks, Judy was tasked with bringing life and character to Gerry Anderson’s new style of ‘Supermacromation’ puppetry.

Gary Tomkins
Since cutting his teeth as an art director on Terrahawks, Gary Tomkins has gone on to have  a successful work in the film industry, including work on the Harry Potter and Star Wars series.

Alan Shubrook
Working alongside Derek Meddings, Alan was a modelmaker during the heydays of Century 21 at Slough and has since published a fascinating book on the subject.

In the meantime, you can… 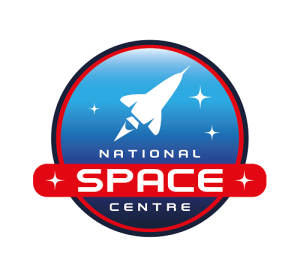 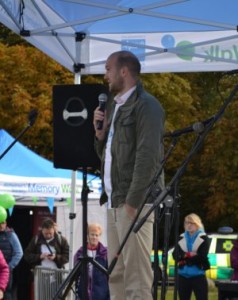 On Saturday 13th October 2012 hundreds of people, including several Fanderson members, joined Jamie Anderson and Matt Zimmerman on the Memory Walk in Windsor to raise thousands of pounds for the Alzheimer’s Society.

Gerry Anderson was diagnosed with Alzheimer’s Disease 18 months ago and this summer publicised his support for the Society by encouraging people to take part in a Memory Walk near them. Unfortunately, although he was looking forward to taking part in the walk himself, on the day Gerry wasn’t well enough. Those who made it along, however, were treated to Matt Zimmerman’s Thunderbirds-style countdown that opened the walk. 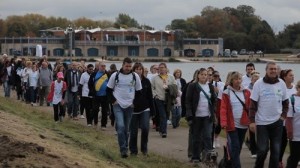 Matt then made his way round the course with his fellow supporters, including Fanderson members Stephen Billings, Stephen Brown, Geoffrey Ellis, Duncan Moss, Lynn Simpson, Glo Thorogood (with Virgil Tracy, of course!) and Nick Williams. Having raised much needed funds for the Alzheimer’s Society by walking the 10km course round Dorney Lake, Windsor, many decided to forge on with an extra mile in order to get an additional £5 donation from Bupa per person to the Society.

We know that many members still want to help this very worthy cause, and you can do so by donating at Jamie Anderson’s Just Giving page

Over the weekend of 24th – 25th November the RAF Museum in Cosford will be hosting an amazing exhibition of rare puppets and memorabilia from the worlds of Gerry Anderson. For many fans a number of rarely seen puppets – including the original Captain Black – will be the star attractions of the weekend. For others, it will be the appearance of special guests David Graham, Shane Rimmer and Matt Zimmerman. For others it will be a chance to catch up and have a friendly chat with members of the Fanderson Committee! 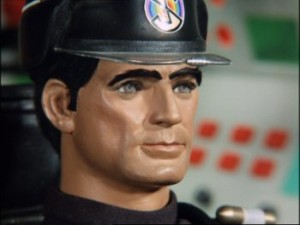 The event will feature puppets from Thunderbirds, Joe 90, Fireball XL5 and Captain Scarlet, as well as a fascinating range of models, costumes, full-sized vehicles and sets from the classic live action shows Space 1999 and UFO.

The exhibition will be a first for the RAF Museum Cosford and will be taking place in the National Cold War Exhibition alongside a backdrop of aircraft which inspired the look and design of the shows. There will also be a number of trade stands with associated merchandise.

Shane Rimmer, David Graham and Matt Zimmerman will be attending on the Saturday and will be interviewed in the morning in the museum’s atmospheric bunker-style lecture theatre before participating in a question and answer session in the afternoon. Tickets for both sessions are now on general sale priced £15.00, and include a parking pass and a signed photo of the Thunderbirds puppets at Cosford.

Fanderson will be manning a table at the event and will have a range of merchandise available for members to buy. If you are planning to attend please feel free to stop by and say hello!

Read about the event on the RAF Museum website