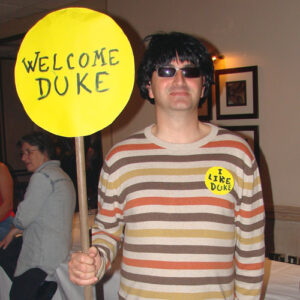 We’re delighted to announce that Derek Eaton has joined the Fanderson committee as Online Services Supremo (we’ll have to come up with a better title!).

Derek’s worked in IT for over 25 years, with the last 20 or so as Head Of IT, so he’s brilliantly placed to ensure that we’re using technology at its best to service club members. Many will already know Derek as he’s been a member for many years, and during a previous stint on the committee (2007-2014) masterminded our website re-platforming and introduced online ordering.

Most importantly, Derek has a great sense of humour too, as evidenced by his fancy dress costume at our TV21 convention in 2010. Or was it X-2-0?