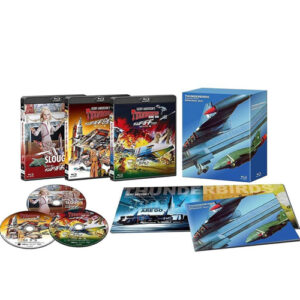 Thunderbirds fans in Japan will be thrilled that the movies Thunderbirds Are Go and Thunderbird 6 are to be released in high definition on Blu-ray Disc by Happinet on 4th August 2021. The movies are accompanied by the Century 21 Slough documentary. Join original AP Films team members as they say goodbye to the buildings, sharing memories as they tour recreated sets, models, and puppets alongside studio originals.

You can see the Amazon listing here.