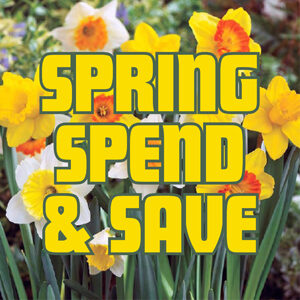 Beat the price rises and save now with our Spring Spend & Save promotion!

Rising costs across printing, manufacturing, storage and postage means that we will have to increase prices on some of our range of exclusive merchandise, effective from FAB 100.

As always, we look to make every economy possible before increasing prices. Spring Spend & Save is designed to help you make economies too.

Filling your basket with a range of merchandise is much more economical to package and post than, say, ordering a single sticker, book or embroidered patch. So, until the end of May we’re ofering a ‘spend and save’ discount: 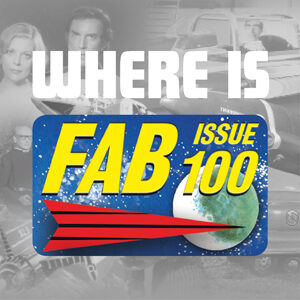 Please accept our apologies, but FAB 100 is extremely late!

We knew earlier in the year that FAB 100 was going to be a little late, which is why we changed plans and mailed the 40 FAB Years album and the final set of picture cards a few weeks ago (they were planned to be mailed with the magazine).

FAB 100 is finished and now with ITV for approval. Once we get that we can send it for printing, and then we get it mailed just as quickly as we can. As soon as we know it’s in the post, we’ll publish it as a news story here on the club website and share it on our social media. Hopefully, that’ll just be a few weeks.

Rest assured that we haven’t forgotten the hundreds of members who are still owed the Music From The 21st Century By Barry Gray CD (this year’s membership gift). We’ve been mailing them to members for the last two issues of FAB, and the final batch will be mailed with FAB 100.

If you renewed your membership too late to be included in the FAB 99 mailing, any stock of that we have left as FAB 100 is published will become available to buy as a back issue. We can’t make it available until then as we need them to send to new club members.

Sorry again, and thanks for your understanding. 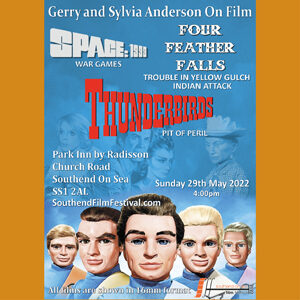 Fanderson is the proud sponsor of the Anderson On Film presentation as part of the Southend Film Festival, enabling fans to enjoy Gerry and Sylvia Anderson’s work with other fans this summer… on film!

In this digital world it’s easy to watch programmes on your phone, to stream, or even to watch from DVD or Blu-ray Disc. This year’s Southend Film Festival gives Anderson fans a chance to have that collective experience of watching with fellow fans, thanks to the beauty that is celluloid film!

This year’s programme of Anderson programmes on 29th May 2022 – all on the big screen and all shown from film – includes:

The popular Southend Film Festival has been running for thirteen years in two parts – as well as the main festival, the Film Festival Fringe encourages various venues around Southend to put on film screenings throughout May. Over 50 films were screened during last year’s festival. The festival’s patrons are actors Ray Winstone, Vicki Michelle and Phil Davis, and you can see more at www.southendfilmfestival.com

When the club announced that Supercelebration would be our last full-weekend convention we offered to help smaller events around the country to ensure fans of Gerry and Sylvia’s work could continue to get together. That help might be financial (such as seed funding to secure a venue, or advertising, or sponsorship) or it might be more practical (such as liaising with guests, or logistical help).

If you need help or support with your Anderson event, please drop us a line at fanderson.org.uk@outlook.com.